This product is available in: CT, FL, IL, NY Unfortunately, we can't ship to PO Boxes and APO addresses.

Size375mL Proof125 (62.5% ABV)
Sourcing inspiration from the traditions of the Founding Fathers, White Dog Rye Mash is an un-aged distillate, bottled right off the stills. Surprisingly full of character.
Notify me when this product is back in stock.

This product is available in: CT, FL, IL, NY Unfortunately, we can't ship to PO Boxes and APO addresses. 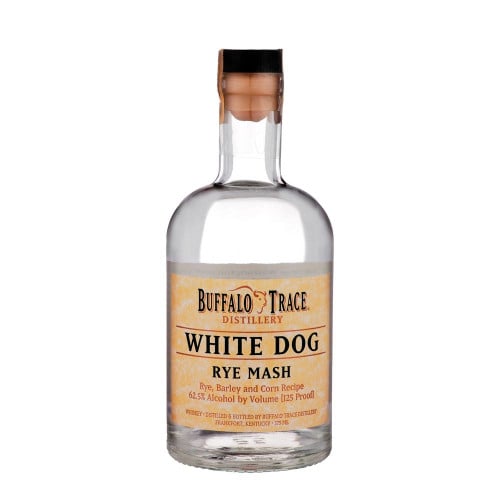 Over two centuries ago, some of the first whiskey that was made in America was a Straight Rye. It was distilled from a clear, raw and un-aged distillate right off the still that was perfect for aging – this was called the White Dog. Sourcing inspiration from this time-honored method, this White Dog Rye Mash keeps up with the traditions of the Founding Fathers. Bottled straight off the still at a whooping 125 proof, it handles its high proof wonderfully, boasting earthy and excitingly spicy flavors. An un-aged whiskey that will surprise you with its full character.

The nose greets with spice and notes of sweet corn. Exciting spices, earthy notes, sweet notes of corn, vanilla and caramel on the palate. Lingering finish.