Size375mL Proof90 (45% ABV)
Part of Buffalo Trace Experimental Collection, this is a Baijiu style spirit, made from fermented sorghum and peas. Aged for 11 years in new American oak, this is a rich, savory and unique whiskey.
Notify me when this product is back in stock. 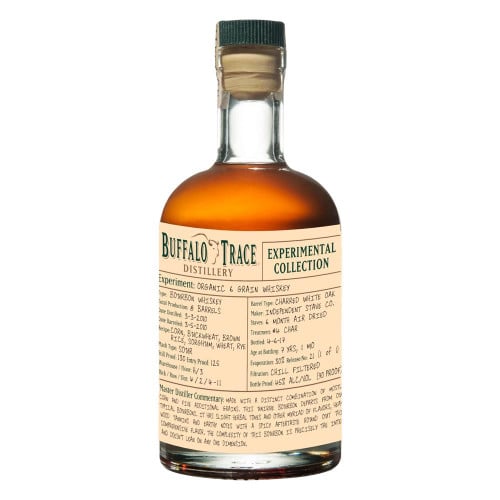 Made from fermented sorghum and other grains, Baijiu, also known as shaojiu, is a traditional Chinese spirit that’s produced similarly to whiskey, especially bourbon, achieving comparable levels of complexity. Baijiu is actually the most consumed spirit in the world with more than 4 billion liters consumed every year.

As part of their Experimental Collection, Buffalo Trace created a new, 24th expression of a Baijiu style spirit. Made from sorghum and peas, it was aged in new American oak casks for 11 years in three separate casks – uncharred, charred, and toasted white oak. The three casks were then married and bottled at 90 proof. The result is a rich and savory nose that develops into flavors of chocolate, dark cherries and stone fruit on the palate. Released in 375ml bottles, this is an extremely limited expression, available only in select markets.

Get your Baijiu style whiskey!

A rich and savory nose further develops into flavors of chocolate, dark cherries and stone fruit on the palate. The finish brings sweet toffee flavors.