Be the first to review this product
In honor of their 200th Anniversary, Hennessy has released its very superior old pale cognac.
Add to Wish List
Notify me when this product is back in stock.

Maison Hennessy is one of the most iconic and distinguished cognac houses. The brand, which has become synonymous with cognac, has significantly shaped the course of history of this sophisticated French spirit. The dynastic Hennessy family has been dominating the Cognac industry for two and a half centuries. In 1765, Richard Hennessy, an Irish officer serving in Louis XV’s army, set out to create the world’s finest cognac. The refined and highly popularized elixir became a thriving export business, shipping as far as Ireland, Britain, and all throughout Europe. Today, Hennessy is part of LVMH Group, prevailing as one of the most famous innovative, revolutionary cognac companies in the world. The brand is known for cultivating profitable relationships across markets, like its well-known relationship to the Hip-Hop industry. The Hennessy estate/headquarters are based in the famous town of Cognac in Charente, where cognac production reigns supreme. In 1859, the Prince of Wales, (King George IV of Great Britain), decreed that Hennessy create a “very superior old pale cognac,” this designation is now used across the entire industry.

In honor of their 200th Anniversary, Hennessy has released its very superior old pale cognac. Originally created for royalty, Hennessy V.S.O.P. Privilège Cognac is a blend of more than 60 individual eaux-de-vie, meticulously aged for up to 15 years before being blended in oak casks. This method reveals a velvety, complex blend of delicate spice and honeyed fruit flavors.

Notes of French oak, vanilla, cinnamon, candied fruit, and clove echo all throughout the nose and palate. The finish is smooth and refined. 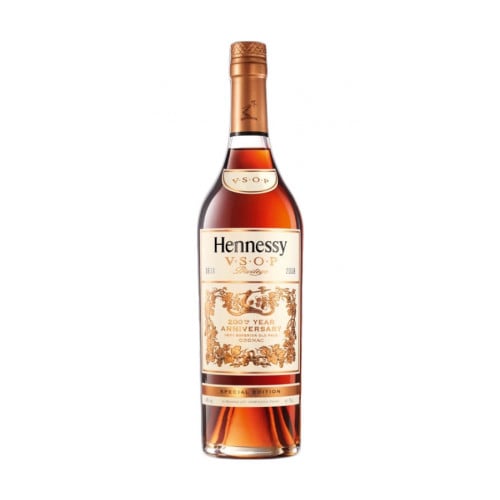