Be the first to review this product
Crafted with corn, rye, and malted barley, this flavored bourbon has the addition of brown sugar and cinnamon flavors, resulting in a complex and sweet profile that is perfect for winter cocktails.
$22.99
Add to Wish List

It was some time ago that the famous Hollywood actor Jamie Foxx came upon BSB Bourbon. The star with too many memorable roles to list used to host legendary parties before the global pandemic. It was there that he first noticed BSB Bourbon ― and the speed at which bottles of it would disappear. "Owning a brand that brings sweet life to the party has always been a goal and with BSB we're making it happen," says Foxx of his decision to become the owner of the brand. BSB Spirits now has two fantastic flavored bourbon expressions: the BSB Brown Sugar Bourbon and the BSB 103.

BSB has made quite a name of itself since it was launched by the Heritage Distilling Co, a craft distillery based in Gig Harbor, Washington. HDC has been the most awarded craft distillery in North America by the American Distilling Institute 7 years in a row ― from 2014 up until 2020 ― owing much of that success to BSB Bourbon. The family-owned Craft Distillery makes their spirits by hand. From working directly with the farmers to grow their grains, to ensuring the purity of their water source, to milling the grain, making their own mash and wort, and running their own custom-made stills. Heritage Distilling embodies a wholehearted “Field to Flask” ethos.

Distilled to the most meticulous standards the Brown Sugar Bourbon has a mash bill of corn, rye, and malted barley. It is barreled for at least two years in new American Oak charred barrels. The 60-proof flavored bourbon whiskey has natural brown sugar and cinnamon flavors added, resulting in a classic sweet profile with spicy notes that is still super-smooth.

The nose opens with cinnamon, toast, honey, and fruit aromas. Caramel is on the palate with bread notes, spice, and plenty of cinnamon. The finish is sweet with lingering cinnamon. 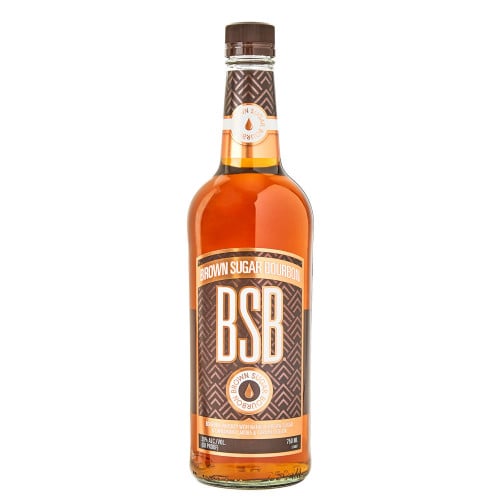