Size750mL Proof80 (40% ABV)
This double-distilled Añejo is a great value blend of rums aged up to five years in American oak and achieved an excellent rating of 92 points at the 2018 Ultimate Spirits Competition. 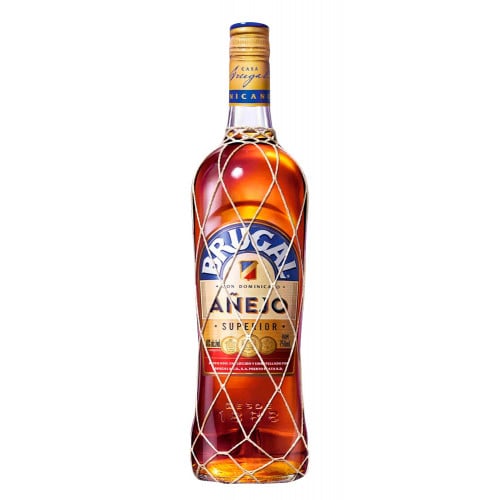 This Brugal Añejo is matured for up to five years in a special selection of ex-bourbon American oak casks. The double-distillation process removes many of the heavy alcohols that other rums leave in, yielding a clean, smooth and spirit with just a hint of sweetness.

This double-distilled Añejo is a great value blend of rums which achieved an excellent rating of 92 points at the 2018 Ultimate Spirits Competition.

Light aromas of cedarwood with subtle hints of chocolate and vanilla. Beautiful buttery flavors and butterscotch on the palate. The finish is long, dry and pleasant.