Size750mL Proof75 (37.5% ABV)
This rum is a blend aged up to eight years in white oak, and rums aged up to 3 years in Pedro Ximenez sherry casks. An intriguing rum for sipping or for adding a distinct character to Mai Tais, Daiquiris, and classic cocktail favorites.
Notify me when this product is back in stock. 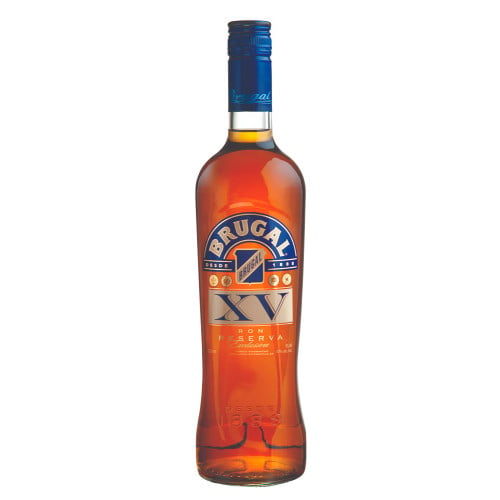 Brugal XV is a distinctive blend of rums aged 3-8 years in white American oak casks and rums aged 2-3 years in ex-Pedro Ximenez sherry casks. The result is a perfect marriage of dry rums with sweet notes and exceptional smoothness.

Harmonious aromas of honey, dried fruits and subtle caramel. The palate is a smooth and wonderful melody of sun-ripened nectarines, spice, and vanilla, followed by a smooth, light woodiness. The finish is slightly sweet and long lasting.