Size750mL Proof110 (55% ABV)
This This Isle of Peat whiskey is matured with ex-peated whisky oak staves from Islay. 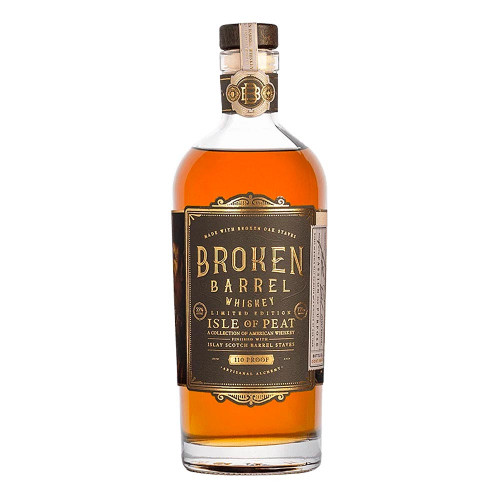 Infuse Spirits is aptly named. Seth Benhaim started infusing spirits in his garage in 2012 at the age of twenty-five. When he entered his first Vodka releases that year in the San Francisco Worlds Spirits Competition, his accomplishments made him the youngest ever winner of both Best in Show and Double Gold. Infuse Spirits has gone on to develop a wide range of products, including six Vodkas, a Bourbon, a Rye, and a range of six unique cocktail bitters.

While Infuse Spirits Vodkas are flavored with natural spices and fruits, their Whiskeys are infused with staves from other barrels of different wood types. This Isle of Peat whiskey is one of three releases of the Single Oak Series. A blend of American wheat whiskey and American single malt whiskey, each at least one year-old. After blending, the whiskey is matured with ex-peated whisky oak staves from Islay. Bottled at 110 proof.

Infuse Spirits has gone on to develop a wide range of products, including six vodkas and a lineup of unique cocktail bitters under the brand name Infuse Bitters. Then there's Broken Barrel. While Infuse Spirits vodkas are flavored with natural spices and fruits, their whiskeys are infused with staves from other barrels of different wood types. Hence the name ― they break the barrels, then put the wood into the whiskey.
Explore all Broken Barrel bottles >>