Size750mL Proof94.6 (47.3% ABV)
A blend of single malt & wheat whiskeys, this spirit is aged at least 2.5 years. The finishing process involves peated Islay cask and Spanish sherry staves. Limited to 900 bottles, it's a rich and smooth spirit with chocolate and fruit notes.
Notify me when this product is back in stock. 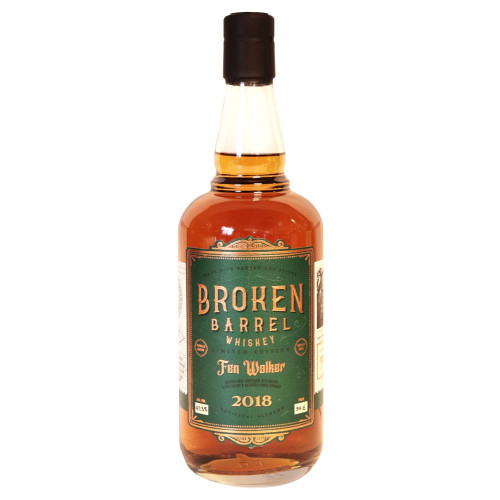 The Fen Walker is a limited-edition release of an American whiskey blend of single malt & wheat whiskeys. Aged at least 2.5 years, the whiskey is then finished with peated Islay cask and Spanish sherry staves used in equal proportions. 4 barrels were produced, yielding a total of 900 bottles. The rich spirit has chocolate, cherry, and fruity notes and is bottled at 94.6 proof.

Grab one of these 900 bottles today!

Infuse Spirits has gone on to develop a wide range of products, including six vodkas and a lineup of unique cocktail bitters under the brand name Infuse Bitters. Then there's Broken Barrel. While Infuse Spirits vodkas are flavored with natural spices and fruits, their whiskeys are infused with staves from other barrels of different wood types. Hence the name ― they break the barrels, then put the wood into the whiskey.
Explore all Broken Barrel bottles >>

Smooth with a distinct malty viscosity, this whiskey has rich notes of chocolate, sour cherry, and raspberry ― fruit notes abound. The full mouthfeel culminates in a super-smooth finish.