Size750mL Proof82 Proof (41% ABV)
A dram of this beauty is meant to be enjoyed fireside on the mountain.
Notify me when this product is back in stock. 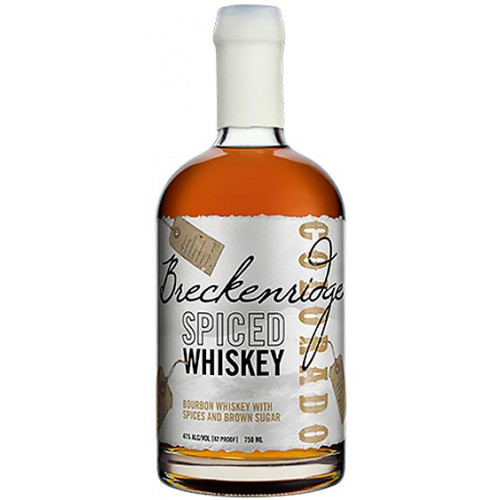 Bryan Nolt founded Breckenridge Distillery in 2007. His story an inspiring one of success, and resilience, involving selling his own house to keep the business up and running. Within ten years of opening the distillery, Breckenridge has produced highly-acclaimed whiskeys, with huge industry appeal.

After distillation, the bourbon is aged at 120 proof in American white oak casks with a number 3 char for approximately three years and is then brought to proof using pure Rocky Mountain snowmelt from atop Mount Quandry, which has a 14,000 foot peak. "In Breckenridge, we have fresh snowmelt water that's full of minerals and has its own flavor," says Bryan Nolt, Breckenridge Distillery's founder and CEO. "The pH is perfect and the minerals add taste to our spirits just as salt adds flavor to foods," he says.

Their Spiced whiskey expression is ultimately one of their most aromatic expressions.

Aromas of spice and under-ripe bananas on the nose. Notes of white pepper and toasted sesame, fruit, and rye on the palate. The finish has a touch of bitterness and undertones of vanilla and honey.