Size750mL Proof96 (48% ABV)
This bourbon represents the epitome of Breckenridge Bourbon Whiskey, delivering a distinctive flavor profile set apart from the rest.
Notify me when this product is back in stock. 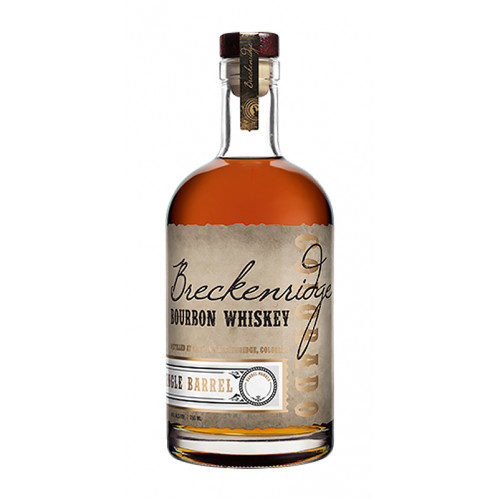 The taste of Breckenridge Bourbon is certainly turning heads. The unusually high rye content gives it depth and complexity. At Breckenridge, when a barrel has a very distinctive flavor profile that sets it apart from the rest, it’s set aside for extended aging. When these special barrels reach their peak they are hand bottled, signed and stamped to be released in extremely limited quantity. These bottles represent the epitome of Breckenridge Bourbon Whiskey.

Rich, sumptuous top notes of toffee and caramel give way to clean burnt orange and butterscotch on the palate. Strong spicy undertones with a balanced oak profile and a fleeting hint of solvent-like ester notes, which manifest as banana peel and passion fruit. A long, reverberating finish carries the richness and balance of a classic Bourbon Whiskey.