Size750mL Proof86 (43% ABV)
Breckenridge Reserve Blend is a release from the reserve blend program, created to showcase qualities of their bourbons that even the most “discerning connoisseurs can appreciate.”
Notify me when this product is back in stock. 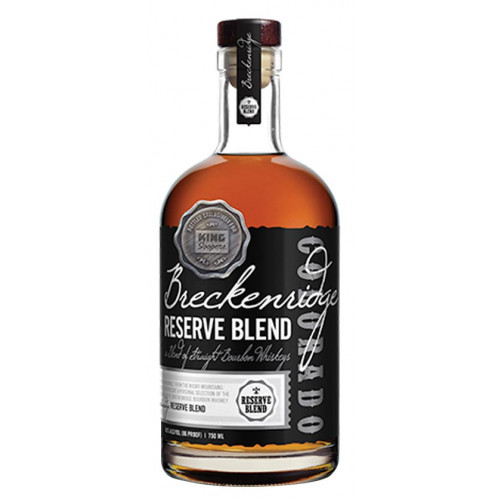 Breckenridge Reserve Blend is a release from the reserve blend program, created to showcase qualities of their bourbons that even the most “discerning connoisseurs can appreciate.” The spirit consists of four distinct blends, giving great insight into the beauty of the bourbon while it ages, and the affects of charring that are subsequently expressed. “Still soft and luscious, these blends capture a different take on the way bourbon can grow up and present itself at maturity.”

Aromas of coffee beans and sweet vanilla syrup on the nose. The palate has flavors of stewed fruit, bold rye, and charred toast. The finish is compellingly rich and complex.