Learn more
Size375mL Proof84 (42% ABV) *Please note that the ABV of this bottle may vary
This unique whiskey was distilled from Samuel Adams' Merry Maker Gingerbread Stout, then rested in used barrels for 3 years. It features rich gingerbread and baking spice notes that invoke the holiday season.
Notify me when this product is back in stock. 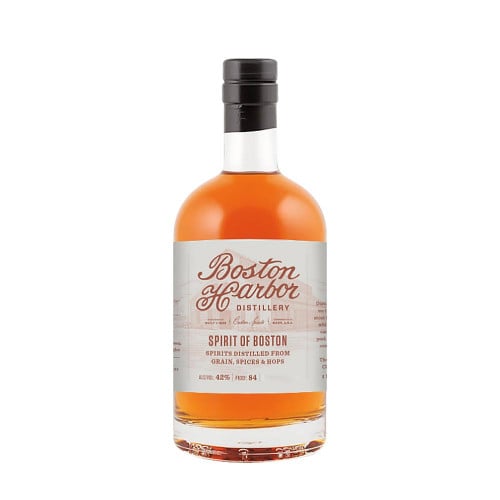 The Spirit of Boston is a trio of whiskeys that were double-distilled from Samuel Adams beer, then aged in used barrels that would not impact the flavor profile too aggressively, in order to retain the nuances of each distillate. All of these were bottled at 84 proof, which corresponds to the year that Boston Beer Co. was founded. The Merry Maker had them distill Samuel Adams' Merry Maker Gingerbread Stout, a holiday beer with plenty of baking spice notes that transfer beautifully onto the whiskey. After being barrelled for 3 years, the spirit has unique and rich gingerbread and spice notes that invoke the holiday season.

The nose opens with gingerbread, vanilla, and plenty of baking spices. The palate has gingerbread cookie, vanilla custard, brine, and charred orange notes. The finish is buttery with plenty of sweet spice.