Be the first to review this product
This wheated all-American whiskey values its independence and is boldly finished in Barbados rum casks.
Add to Wish List
Notify me when this product is back in stock.

Borough Bourbon is produced by female-owned distillery, Republic Restoratives in Washington, D.C. Launched in November of 2016, this prominent distillery sourced this straight bourbon expression from Bardstown, Kentucky. Borough Bourbon Batch 2 is then finished in French oak barriques previously used in the production of Sauvignon Blanc.

Borough Bourbon is a roaming spirit that respects where it’s from but knows where it’s going. This wheated all-American whiskey values its independence and is boldly finished in Barbados rum casks. Batch #2 is fantastic in an Old Fashioned — your nose tells you to expect rum, but your palate delights in rich bourbon.

The nose is compelling with sweet citrus notes, a hint of heat, and wheat. The palate is light and inviting with clean and harmonizing notes followed by an oaky character. 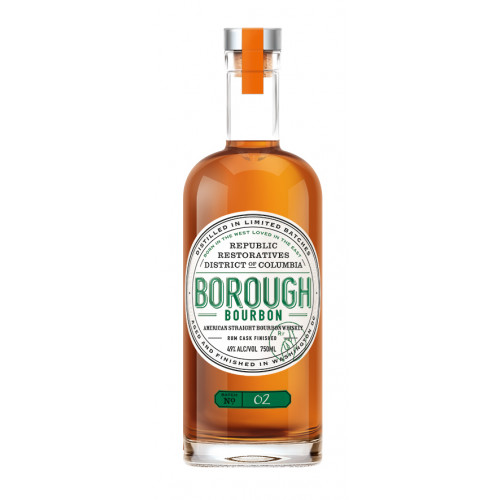