Size750mL Proof110.7 (55.35% ABV) - may vary
This Boone County bourbon earned 93 Points, Gold Medal, Exceptional from the Beverage Tasting Institute in 2017.
Notify me when this product is back in stock. 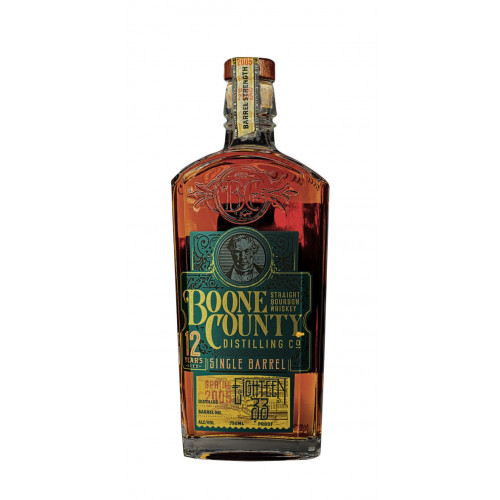 Almost two centuries later, this is the same pioneering spirit that Boone County Distilling Company now crafts their authentic bourbon in the northern foothills of Kentucky. The brand infused with the stories of those who came before, men like Snyder, Col William Appleton, J.C., Jenkins and James Gaff. Julius Freiberg and Levi Works.

Aged for twelve years, this 1833 expression pays homage to the year the first Boone County Distilling Company was founded. Expect strong caramel notes, oak, and vanilla. This Boone County bourbon earned a gold medal from the Beverage Tasting Institute in 2017.

Aromas of rose water, vanilla, honeycomb, baked goods, and Scotch. The palate is dry and warming with lingering notes of wood, bergamot, saffron, followed by a melon finish.