Size750mL Proof127.4 (63.7% ABV
This batch of Booker's Bourbon is named in honor of Booker Noe’s lesser-known group of friends, the Blue Knights Motorcycle Club.
Notify me when this product is back in stock. 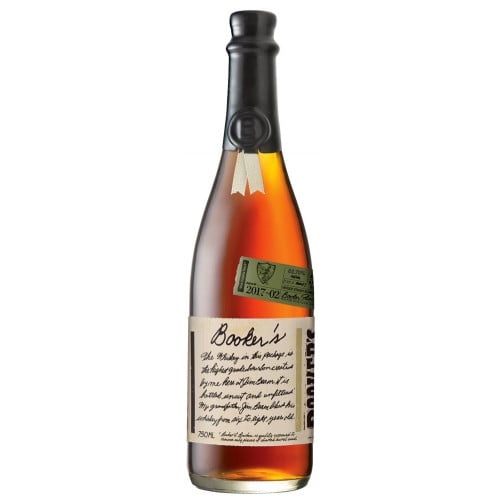 As the second release in Booker’s Bourbon 2017 Collection – Booker’s Batch 2017-02, was dubbed “Blue Knights Batch.” This round is named in honor of Booker Noe’s lesser-known group of friends, the Blue Knights Motorcycle Club. The Blue Knights are an international group of active and retired law enforcement officers sharing a passion for the open road.

Their alliance with Booker Noe began when he was invited to attend a Blue Knights’ rally in Kentucky. The friendship was instant, and in his classic larger-than-life ways, Noe invited all 300 officers over to his house the following day for a BBQ. This moment eventually evolved into a tradition, and it became an annual event each Memorial Day weekend. The Blue Knights named Noe an honorary member of the Blue Knights.

Robust vanilla and caramel notes on the nose, with white oak tannins; slightly smoky. Deep and complex flavors of vanilla, on the palate, with notes of nuts and oak. The finish is long, well balanced and full; perfect for easy sipping.