Learn more
Size750mL Proof127.9 (63.95% ABV) *Please note that the ABV of this bottle may vary
This limited-edition bourbon is aged in seven different rack houses and bottled at over 127 proof!
Notify me when this product is back in stock. 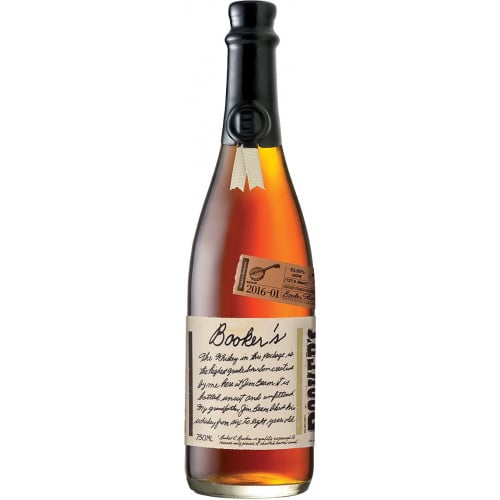 Booker’s “Bluegrass” Kentucky Straight Bourbon Whiskey has a deep amber color and an aroma of barrel char, citrus, vanilla and mint chocolate. The palate is filled with caramel, cloves, raspberries and a hint of smoke, which leads to an exceptional finish marked by pecans, pie crust and burnt sugar.

Deep amber color and an aroma of barrel char, citrus, vanilla and mint chocolate. The palate is filled with caramel, cloves, raspberries and a hint of smoke, which leads to an exceptional finish marked by pecans, pie crust and burnt sugar.