Size750mL Proof125.5 (62.75% ABV)
The 3rd 2021 batch of Booker's is another beautiful cask-strength bourbon, this time paying tribute to Bardstown ― home of Master Distiller Booker Noe and several generations of the Beam family.
Notify me when this product is back in stock. 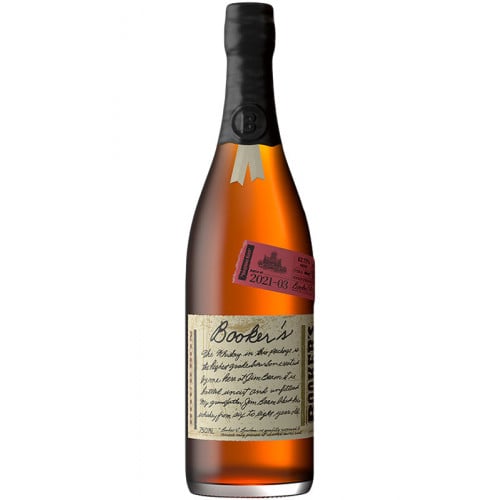 Each year sees a few batches of Booker's uncut and unfiltered bourbon released, each of these meticulously aged to perfection ― it's ready when it's ready. The third release in 2021 is called Bardstown Batch, paying tribute to the home of Master Distiller Booker Noe and several generations of the Beam family. While Booker Noe was born in Springfield, KY, he would visit Bardstown regularly with his grandfather, finally moving there after college. The bourbon comprises barrels from 4 production days that were matured in 5 different warehouses. Bottled at a cask strength of 125.5 proof, the whisky is aged 6 years and 5 months.

Get your bottle of this fantastic cask-strength Booker's Bourbon today!

Brown sugar and caramel aromas greet the nose with hints of charred oak. The notes are mirrored beautifully on the pleasantly sweet palate, joined by baking spices. The full-bodied spirit finishes clean with lingering notes.