Learn more
Size750mL Proof126.7 (62.35% ABV) *Please note that the ABV of this bottle may vary
This limited-edition bourbon is a blend of barrels ranging from six years and two months to seven years and one month old, and is bottled at nearly 127 proof!
Notify me when this product is back in stock. 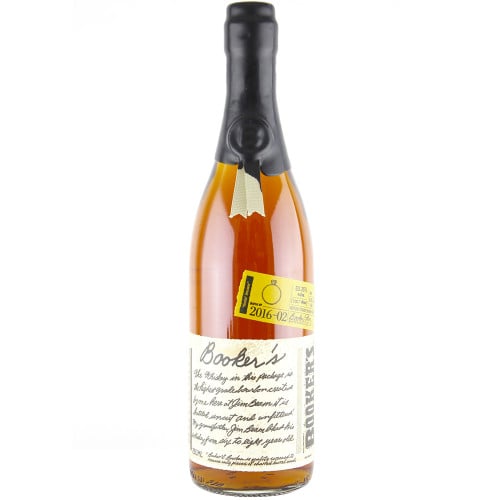 Booker’s “Annis’ Answer” Kentucky Straight Bourbon Whiskey is named in honor of Booker Noe’s wife, who he first met while in the dentist’s office where she was working as a hygienist. The distillery has released this blend in accordance with what would be Booker and Annis Noe’s 60th anniversary.

According to Fred Noe, Booker’s son, this batch is a blend of barrels from four different dates stored in five different casks, ranging from six years and two months to seven years and one month old. Booker’s “Annis’ Answer” Kentucky Straight Bourbon Whiskey has a distinct aroma of vanilla, leading to a slightly smoky palate of caramel, nuts, and oak. The long and full finish warms the throat with notes of cinnamon, while remaining subtle enough for easy sipping.

Distinct aroma of vanilla, leading to a slightly smoky palate of caramel, nuts, and oak. The long and full finish warms the throat with notes of cinnamon, while remaining subtle enough for easy sipping.