Be the first to review this product
This 30th Anniversary Limited Edition bourbon is a blend of uncut, unfiltered 9-year (70%) and 16-year (30%) Kentucky straight bourbon whiskeys.
$1,443.99
Add to Wish List

30 years ago, Booker Noe, released the first batch of his namesake Booker’s Bourbon as his vision of what the perfect whiskey should be. This bourbon is a tribute to his legacy. While most batches of Booker’s are six-to-eight-years old, this 30th Anniversary Limited Edition bourbon is a blend of uncut, unfiltered 9-year (70%) and 16-year (30%) Kentucky straight bourbon whiskeys. Each box of Booker’s 30th Anniversary Bourbon is made from the reclaimed wood from old rackhouse floorboards – the same floors walked by legends Booker and Fred Noe as they selected batches of Booker’s.

Smooth and creamy, with notes of leather, vanilla, pears, cinnamon, a touch of smoke, with a hefty dose of heat. 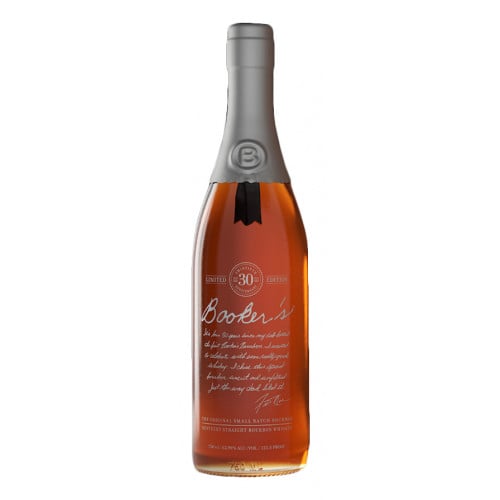