Size375mL Proof100 (50% ABV)
This pre-Prohibition inspired whiskey is the first release from the Campari America's Whiskey Barons Collection.
Notify me when this product is back in stock. 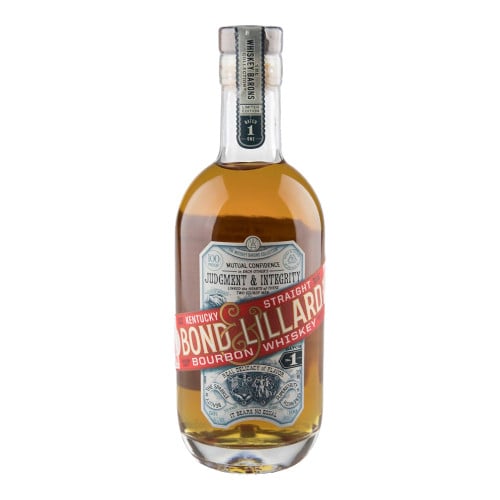 Bond & Lillard was a prominent pre-Prohibition whiskey. First distilled by John Bond in Anderson County (previously called Cedar Run), KY in 1820. Bond was a veteran of the American Revolutionary War, moving his distillery closer to Lawrenceburg, KY after the war. In 1842, he passed his business on to his son and grandson, David and William. William eventually went on to form a partnership with his brother-in-law, C.C. Lillard in 1869, when they created the name Bond & Lillard. The business stayed in their families up until 1899. The brand was so highly acclaimed it received the Grand Prize at the 1904 World’s Fair in St. Louis.

Bond & Lillard is now distilled and bottled at the Wild Turkey distillery in Lawrenceburg, KY. Aged a minimum of seven years and charcoal filtered, these barrels are stored in timber warehouses. This Kentucky Straight Bourbon has a lighter hue with an intricate floral character. This whiskey is the first release from the Campari America's Whiskey Barons Collection. Using the same tasting notes the judges wrote down during the World’s Fair in 1904, they recreated this winning recipe.

Fruity and floral on the nose with candied notes of caramel, butterscotch, light vanilla, and spice. The palate is oaky, with further caramel notes, toffee, toasted grain, spice, followed by nutty notes. The finish is lingering and fruity with layers of caramel, vanilla and herbaceous notes.