Be the first to review this product
The second batch of this straight bourbon continues in the tradition of The Bourbon Barons collection. Wild Turkey's Master Distiller Eddie Russel crafted this whiskey with the help of some newly discovered bottles from the 1920s.
$59.99
Add to Wish List

Bond & Lillard was a prominent pre-Prohibition whiskey. First distilled by John Bond in Anderson County (previously called Cedar Run), KY in 1820. Bond was a veteran of the American Revolutionary War, moving his distillery closer to Lawrenceburg, KY after the war. In 1842, he passed his business on to his son and grandson, David and William. William eventually went on to form a partnership with his brother-in-law, C.C. Lillard in 1869, when they created the name Bond & Lillard. The business stayed in their families up until 1899. The brand was so highly acclaimed it received the Grand Prize at the 1904 World’s Fair in St. Louis.

Bond & Lillard is a tribute to that whiskey of the past and is now distilled and bottled and at the Wild Turkey distillery in Lawrenceburg, KY. It's a part of Campari's. The Whiskey Barons collection, featuring recreations of legendary recipes that were lost. Now they are recreated through the study of tasting notes, product descriptions, interviews, and a lot of detective work. The first batch of Bond & Lillard Straight Bourbon was the first release in the series and was created using the same tasting notes the judges wrote down during the World’s Fair in 1904.

Batch No.2 had Wild Turkey's Master Distiller Eddie Russell re-craft the expression based on some recently discovered vintage bottles from the 1920s. It's a blend of 4 and 6-year-old Kentucky straight bourbon that aims to have the same smoky, wood, and fruit notes that the pre-prohibition whiskey had. The 100-proof whiskey is available in limited quantity.

The whiskey opens with toffee, caramel, vanilla, lemon zest, and a touch of smoke on the nose. The palate has caramel, honey, charred oak, and fruit notes, along with a touch of spice. The finish is medium-long with the notes lingering satisfyingly. 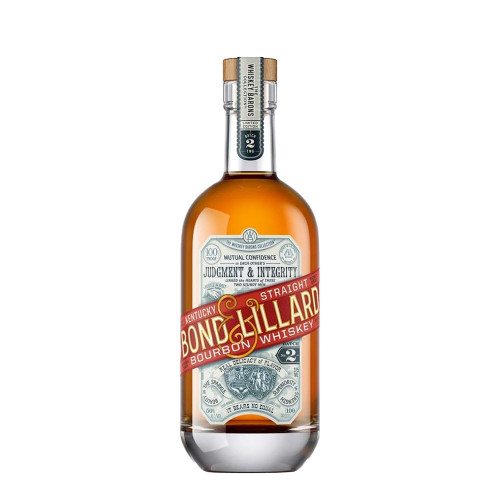