Be the first to review this product
Made exclusively for the Japanese market, this premium expression is similar to the Original Single Barrel Bourbon, with one key difference: it's aged for an additional 2 years.
$400.00
Add to Wish List

Much like his mentor, E.H. Taylor , Blanton was a traditional bourbon aristocrat, wedded to the production of Kentucky straight bourbon whiskey. Blanton identified a certain section of Warehouse H at his distillery, which he believed was the best for aging bourbon, and would personally select individual barrels from the section to bottle for his own private reserve.

Today, Blanton's Original Single Barrel Bourbon Whiskey is still aged in the same section of Warehouse H as Blanton's Private Reserve was over 50 years ago. Made from a unique mash bill of corn, rye, and malted barley, this expression is made exclusively for the Japanese market. The Single Barrel Takara Red is similar to the Original Single Barrel Bourbon, with one key difference: it's aged for an additional 2 years, making this 8-year-old into a refined and complex spirit.

Complex and refined, this bourbon opens spicy with nutmeg on the nose. Honey, vanilla, caramel, and corn are on the palate. Finishes medium with corn and spice notes. 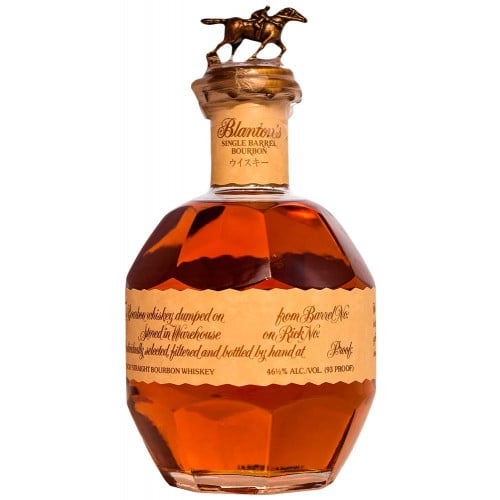