Caskers Rewards members earn up to 4 store points back when buying this bottle.
Size750mL Proof85 (42.5% ABV)
Black Fly Rye Whiskey is a bold spirit, distilled from a 70/30 mash of Adirondack Organic Grains’ rye and corn. This release is much bolder than other Black Fly expressions.
Notify me when this product is back in stock. 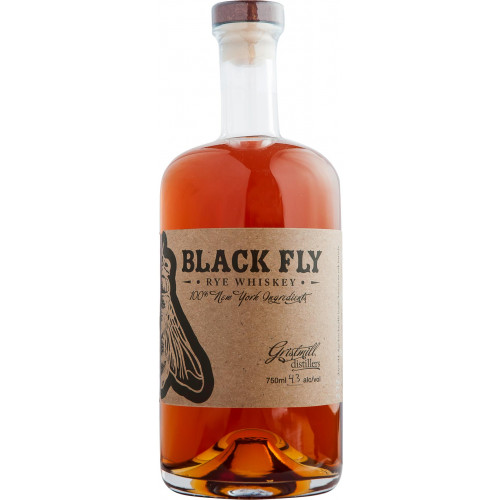 Black Fly Rye Whiskey is a bold spirit, distilled from a 70/30 mash of Adirondack Organic Grains’ rye and corn. This release is much bolder than other Black Fly expressions. With earthy, grainy and peppery notes, this rye blend also has sweet flavors of corn. Aged in U.S. Barrel’s oak casks, it comes in three sizes, 200, 375, and 750ml, and is bottled at 85 proof.

Pick up a bottle of this bold rye whiskey today!

It offers a taste of the earth in which the grains are grown, along with peppery notes and sweet north country-grown corn, rye spice, with a clean finish.