Caskers Rewards members earn up to 2 store points back when buying this bottle.
Size375mL Proof90 (45% ABV)
Aged for over two years, this single barrel bourbon is made from Black Dirt corn in upstate New York.
Notify me when this product is back in stock. 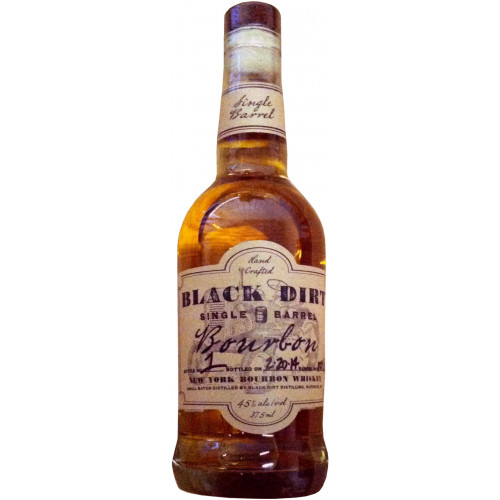 Black Dirt Bourbon is made from a mash of 80% Black Dirt corn, 12% malted barley and 8% rye. After fermenting the mash for approximately three to four days, Grizzanti distills the wash through his Christian Carl copper-pot still imported from Germany. After distillation, Black Dirt Single Barrel Bourbon Whiskey is aged for over two years in a new, American oak barrel with a #3 char before being labeled and bottled by hand.

The latest release of Black Dirt Bourbon has a golden honey color, along with an aroma of fresh citrus, oranges, vanilla and caramel apples. The aroma gives way to notes of warm caramel, toffee and oak on the palate, and leads to a bold finish with a touch of wood spices.

Golden honey color, along with an aroma of fresh citrus, oranges, vanilla and caramel apples. Notes of warm caramel, toffee and oak on the palate. Bold finish with a touch of wood spices.