Size750mL Proof100 (50% ABV)
Crafted with a mash bill of 80% corn, 10% rye, and 10% malted barley, this Tennessee whiskey spends at least 48 months in new American oak barrels before being bottled at 100 proof.
Notify me when this product is back in stock. 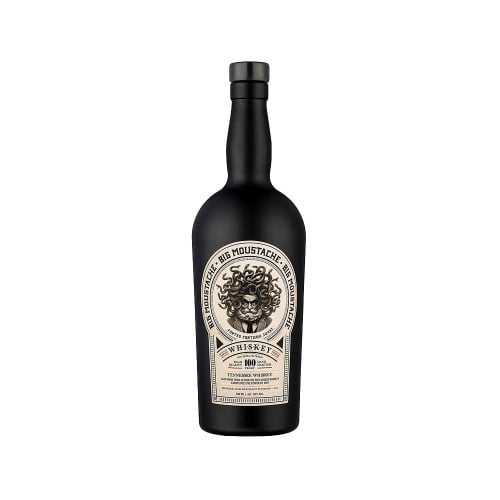 BBC Spirits stands for Bogdan & Bertrand Company. It was founded by Bogdan Tanasoiu after working for 2 decades in the hospitality, wine, and spirits industry. They support several new brands and develop their own, partnering with 15 distilleries around the world that range from whisk(e)y, rum, gin, vodka, and tequila, to shochu, sake, brandy, and absinthe distilleries.

The Big Moustache Limited Edition Whiskey expression is crafted by the master distiller with a mash bill of 80% corn, 10% rye, and 10% malted barley. After a longer, 3-day fermentation, the liquid is distilled and filtered through sugar maple charcoal. It is then transferred into new American oak barrels where it spends at least 48 months. Bottled at 100 proof, a total of 14 hand-picked barrels were made for its initial release, yielding 580 cases. The bold Tennessee whiskey is bottled without chill-filtration and any added coloring.

The dark copper whiskey has a smoky nose with vanilla and cedar aromas. The aromas translate onto the full-bodied, rich, and powerful palate that culminates in a long finish.