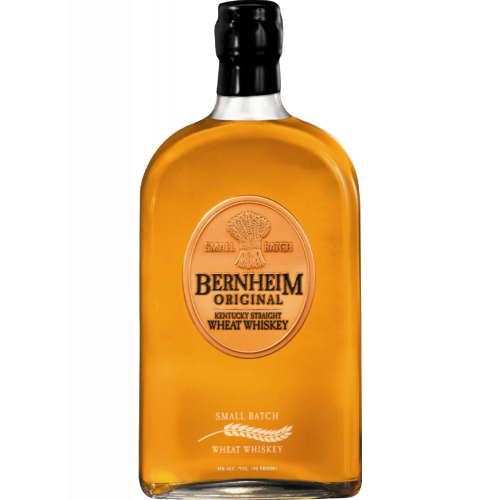 Born in 1848 just outside of Kippenheim, Germany, Isaac Woolfe Bernheim emigrated to the United States when he was a teenager with just $4 in his pocket. He originally planned on taking a job in New York City, but when his employer filed for bankruptcy, Bernheim was forced to find another line of work. He eventually became a travelling salesman, selling housewares to families in Pennsylvania on horseback.

When his horse died, though, Isaac and his brother, Bernard — who had just emigrated to the United States himself — moved to Kentucky. Together, they purchased Pleasure Ridge Park Distillery in 1896 and renamed it Bernheim Distillery Co. During Prohibition, theirs was one of only ten distilleries permitted to remain open and produce whiskey for medicinal purposes.

Bernheim Original Kentucky Straight Wheat Whiskey is one of the first truly original straight whiskies produced since Prohibition. Since its primary grain is winter wheat (as opposed to corn or rye), the whiskey has a soft, sweet flavor profile yet a more complex body. The mash, which includes corn and malted barley, is distilled at its namesake distillery in Louisville, Kentucky and then aged for five years in the rickhouses of Heaven Hill in Nelson County, Kentucky.

Bernheim's unique mashbill and flavor profile earned it the Pioneer Whiskey of the Year Award by Malt Advocate Magazine and the Double Gold Medal at the 2012 San Francisco World Spirits Competition. In addition, the whiskey earned 94 points and a rating of "Exceptional" from the Beverage Tasting Institute.