Caskers Rewards members earn up to 3 store points back when buying this bottle.
Size750mL Proof86 (43% ABV)
Aged for a minimum of four years, this bourbon was finished in casks that were previously used to age Ommegang Adoration Ale.
Notify me when this product is back in stock. 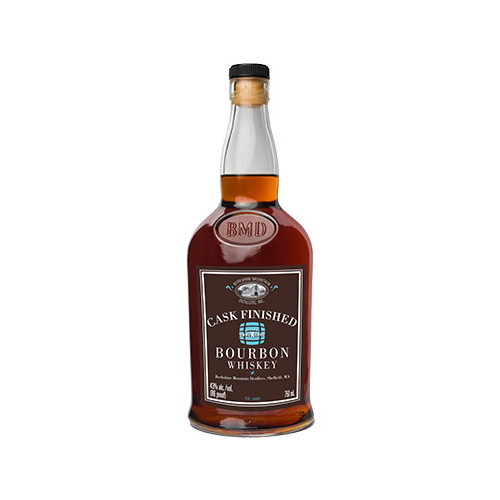 Berkshire Mountain Cask Aged Bourbon is a collaboration between Berkshire Mountain Distillers and the famed Ommegang Brewery, located in Cooperstown, New York. The bourbon is made from a mash of 72% corn, 18% rye and 10% malted barley, all of which are sourced from family farms in New England. After the grains arrive at the distillery, they are mashed and fermented before being distilled three times through Weld's copper-pot still.

Once the bourbon has matured in virgin, American oak casks, it is double-barreled, or finished, in casks that were previously used to mature Ommegang Adoration Ale (10% ABV). Adoration Ale is a Belgian winter style ale that is dark, malty and assertively spicy. In addition, Adoration Ale itself is aged in ex-bourbon casks, meaning that the extra maturation of Berkshire Bourbon is, in some sense, a return home.

After Berkshire Mountain Ommegang Cask Finished Bourbon has aged for a minimum of four years in the combination of virgin American oak and ex-Adoration Ale barrels, it is brought to proof and bottled by hand.

The bourbon has an aroma of caramel, sweet spices and light fruits that gives way to crisp notes of vanilla, maple syrup, rye and dark fruits. The finish is slightly spicy, and complemented by bursts of citrus and honey.

Aroma of caramel, sweet spices and light fruits that gives way to crisp notes of vanilla, maple syrup, rye and dark fruits on the palate. Finish is slightly spicy, and complemented by bursts of citrus and honey.