Size750mL Proof86 (43% ABV)
Brought to proof with water from a legendary spring, this corn whiskey is aged with oak and cherry wood.
Notify me when this product is back in stock. 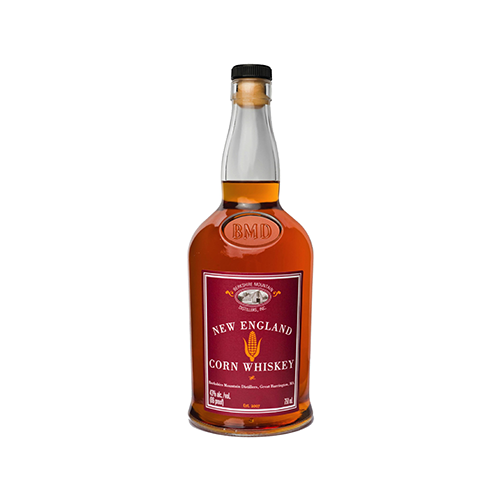 When Chris Weld, founder and master distiller at Berkshire Mountain Distillers, was thirteen years old, he set about building a still for his eighth grade science project. "My dad was a scotch drinker, so I'd gotten it in my head that I wanted to build my very own still, "he says. When he learned that distilling spirits without a license was a federal offense, "well, that kind of put the kibosh on the whole plan."

In 2007, he decided to try again. After purchasing some property in the shadow of the Berkshire Mountains in Sheffield, Massachusetts, Weld opened the doors to Berkshire Mountain Distillers. At the time, the land was little more than a dilapidated apple farm, but it did sport a legendary spring. Back in the early 20th century, citizens from across the United States would travel to the spring and bottle its water, which they considered to be a panacea for everything from cholera to diabetes. While Weld doesn't claim that the spring water, which is rich in minerals and naturally granite-filtered, has any mystical healing powers, he does swear by it.

Handcrafted in small batches, Berkshire New England Corn Whiskey is made using corn which Weld sources from a farmer situated less than two miles away from his distillery. After the mash is fermented, the wash is distilled through a traditional pot still before being aged over oak and cherry wood (the wood is cut, milled and charred by hand on the farm). After maturation, the corn whiskey is brought to proof using water from Weld's legendary spring.

Berkshire New England Corn Whiskey has an aroma of cherry, oak and apple. The initial notes of sweet corn and dried fruit — particularly cherries — fade to a slightly hot finish, which has a hint of oak and dark chocolate.

Aroma of apple, oak and cherry. Initial notes of sweet corn and a hint of dried fruits, particularly cherries. Finish is slightly hot, with a touch of smoke, oak and dark chocolate.