Caskers Rewards members earn up to 4 store points back when buying this bottle.
Size750mL Proof90.4 (45.2% ABV)
This bourbon is finished in French Limousin oak barrels which previously held 12-year-old Cognac XO Fine Champagne.
Notify me when this product is back in stock. 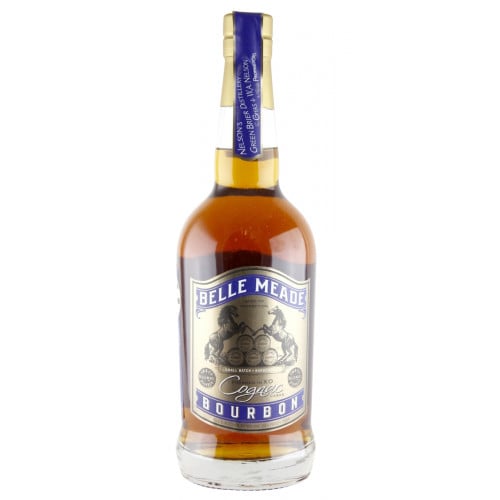 This cognac finished Belle Meade Bourbon is made from a mashbill of 64% corn, 30% rye, and 6% malted barley. Once the grains are milled and mashed, they are fermented with two unique strains of yeast. “I think the two yeast strains really work well together to create that balanced flavor,” says Andy, “not going too heavy or too light on any single characteristic.” Following fermentation, the bourbon is distilled and matured in new, American oak casks before being finished in French Limousin oak barrels which once held Cognac XO Fine Champagne for up to 12 years.

Baking spice on the nose, with black pepper and oak. Heat on the palate with notes of orange marmalade, vanilla and toffee, and baking spice. The finish carries notes of citrus and wood.