Learn more
Size750mL Proof57.5 (28.75% ABV) *Please note that the ABV of this bottle may vary
This flavored whisky expression is the work of country megastar Darius Rucker and the Palmetto Distillery from South Carolina. The Backstage Southern Whiskey serves as the base to which natural peach juice, cane sugar, and fresh mint are added.
Notify me when this product is back in stock. 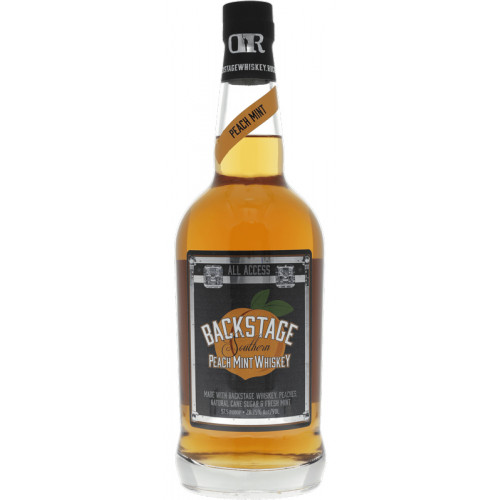 Get your bottle of this flavored whiskey today!

The nose is fruity with inviting peach notes as well as a solid whiskey backbone with caramel, vanilla, and spice. It's equally fruity and juicy on the sweet palate with burnt sugar, vanilla, and a minty freshness that persists through the smooth finish.