Size750mL Proof90 (45% ABV)
The official Assassin's Creed bourbon for those who like to game hard, but drink responsibly. A truly immersive tasting experience until the last drop.
Notify me when this product is back in stock. 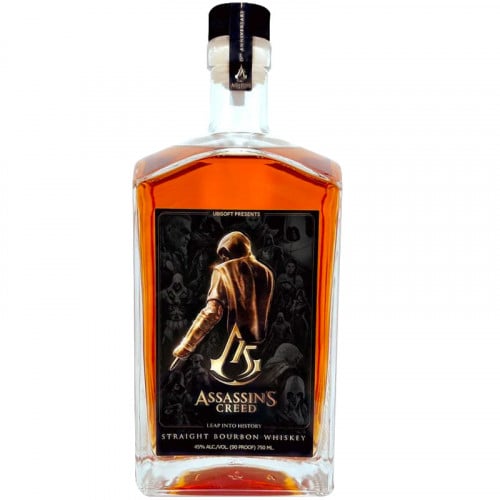 It was crafted in the hill country of Texas, finished in the Smoky Mountains of Tennessee, and bottled at 90 proof (40% ABV), revealing notes of rye spice, wheat character, and hints of cherry, vanilla and oak. A truly immersive tasting experience until the last drop, it's made for those who like to game hard, but drink responsibly.

Auburn. The nose reveals secret notes of rye, followed by a wheated palate with hints of cherry, vanilla, and oak, ending with a long, satisfying finish.