Size750mL Proof88 (44% ABV)
From Asbury Park’s first and only distillery since Prohibition, Esquire magazine once named this the Best Bourbon in New Jersey.
Notify me when this product is back in stock. 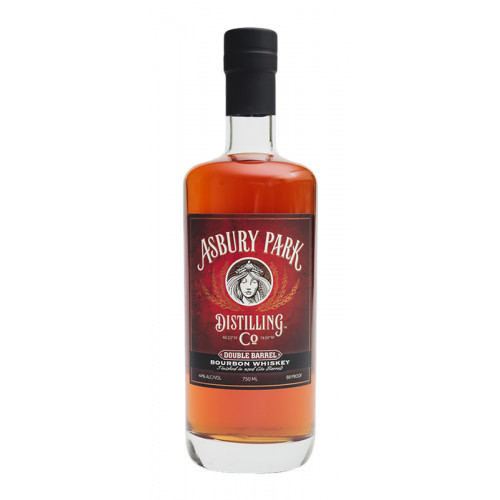 Asbury Park Distilling opened on Memorial Day weekend of 2017. It is the passion project of six co-owners lead by Zack Ohebshalom. At the helm is Master Distiller Bill Tambussi, who has a masters degree in distilling from the Heriot-Watt University in Scotland, and did his apprenticeship work in Philadelphia before coming to Ashbury Park.

Asbury Park’s first and only distillery since Prohibition, their lineup is a range of Vodka, Gins, and a Double Barrell Bourbon. The distillery and tasting room use a custom-made combination still — half pot still, half column still.

This Double Barrel Bourbon is a traditional bourbon, aged in new oak (these ex-bourbon casks are used to make their Barrel Finished Gin). The bourbon has both signature notes and distant light herbal notes followed by apple, spice, and vanilla. Esquire magazine once named this the Best Bourbon in New Jersey.