Size750mL Proof88 (44% ABV)
Crafted with 2-year-old bourbon sourced from MGP, this whiskey is distilled from a mash bill of 60% corn, 36% rye, and 4% malted barley. After its initial maturation, it is finished in 30-gallon gin casks for about a month, resulting in a truly unique craft whiskey that's bottled at 88 proof. 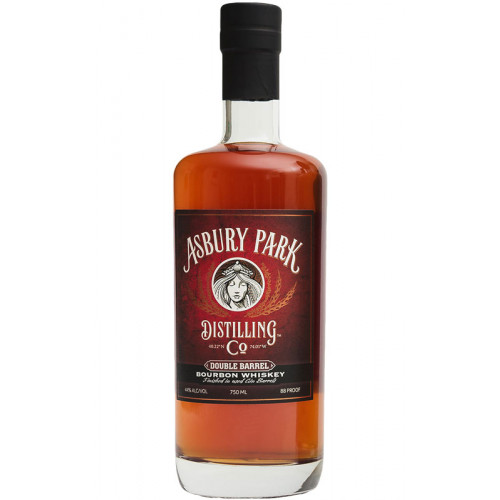 Asbury Park Distilling Double Barrel Bourbon is sourced from MGP, where it is distilled from a mash bill of 60% corn, 36% rye, and 4% malted barley. Aged for a minimum of 2 years, it is finished in 30-gallon gin casks for about a month, before being bottled at 88 proof. The unique straight bourbon has won a Silver Medal at the 2019 edition of the San Francisco World Spirits Competition.

Get your bottle of this unique bourbon today!

The light amber whiskey opens with oak, caramel, vanilla, spice, charcoal, and sherry aromas. The palate is smooth and sweet with caramel, vanilla, oak, and a pleasant warmth that lingers through the gently spicy finish.