Learn more
Size750mL Proof86 (43% ABV) *Please note that the ABV of this bottle may vary
Based on their award-winning Asbury Park Gin, this expression is distilled from corn and infused with the same botanicals. The Barrel Finished version takes it a step further with finishing in new American oak casks, dialing down the citrus notes and enhancing the herbal flavors. 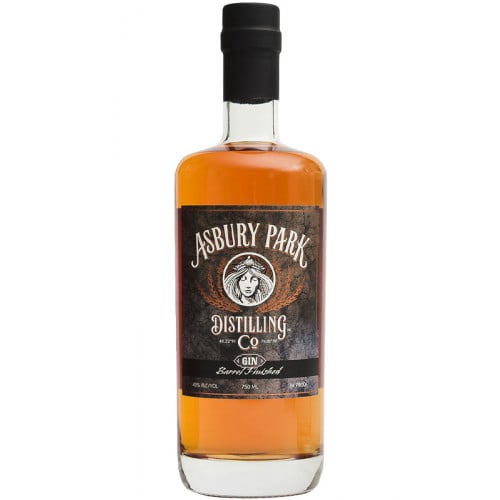 Asbury Park Distilling Gin is distilled from grain and infused with an exclusive blend of botanicals that include juniper, coriander, angelica root, borage, sweet orange peel, lemon peel, and cardamom. Bottled at 86 proof, it wasn't just awarded the coveted Double Gold Medal at the San Francisco World Spirits Competition in 2021 ― it was named "Best in Class" as well. The Barrel Finished version takes it a step further with finishing in new American oak casks, dialing down the citrus notes and enhancing the herbal flavors.

Get your bottle of this barrel-finished gin today!

The nose of this light amber gin opens with oak, vanilla, caramel, honey, honeysuckle, flowers, smoke, and charcoal aromas. The palate is sweet with honey, vanilla, leather, tobacco, juniper, and oak. The finish is spicy and warming with a touch of oak.