Be the first to review this product
This expression is a 50/50 blend of 2 Kentucky straight bourbons aged 4 and 9 years. The whiskey was finished for 2 years in Japanese Mizunara oak barrels that are famed for being very porous.
Add to Wish List
Notify me when this product is back in stock.

This expression is the first in Angel's Envy Founder's Collection lineup. It celebrates the 10-year anniversary of the first port barrel that the Hendersons filled with bourbon. It's a blend of 2 Kentucky straight bourbons aged 4 and 9 years that were finished in charred new Japanese Mizunara oak barrels for 2 years. It's a porous type of wood that takes 2 centuries to reach maturity, making these barrels extremely desirable and valuable. It's an extremely clean whiskey with a masterful balance of fruit, spice, and oak notes.

Get your bottle of this premium whiskey today!

The nose has charred oak, sandalwood, banana bread, cherry, and apple aromas. On the palate, you'll find vanilla, oak, chocolate, banana, and a touch of black pepper with more fruit, cinnamon, and a touch of coffee. The finish is slightly dry with toasted oak and lingering smoky notes. 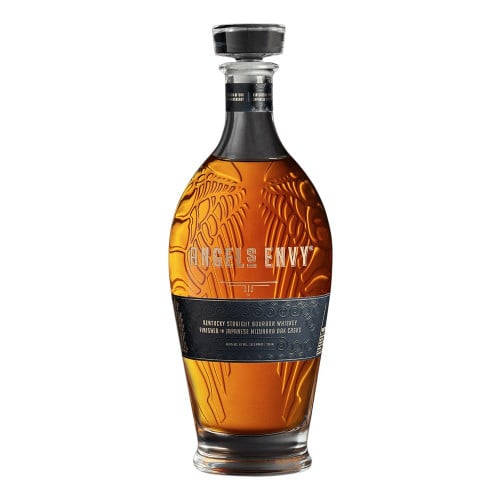