Learn more
Size750mL Proof80 (40% ABV) *Please note that the ABV of this bottle may vary
From Alexander Murray & Co., this unique Lowland bottling of Bladnoch was distilled in 1990.
Notify me when this product is back in stock. 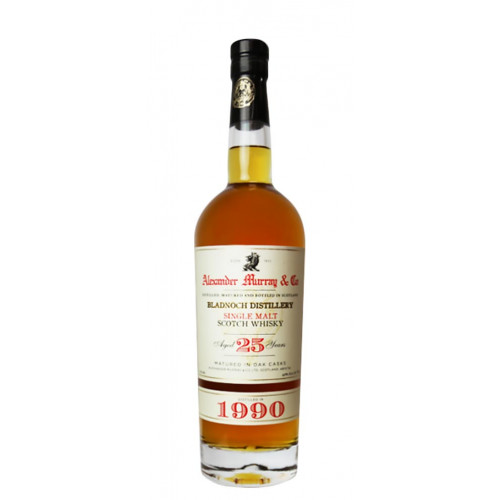 Founded in 1817, Bladnoch was initially established as a Farmhouse Distillery. Situated on the banks of the River Bladnoch, it stands out as Scotland's southernmost distillery. A quaint distillery, Bladnoch uses just one pair of stills, creating whiskies known for their signature light/delicate character, highly sought after by connoisseurs. This Lowland single malt was distilled in 1990 and matured in ex-bourbon casks. This Bladnoch 25 independent bottling also picked up a Silver Medal at the 2016 New York Wine & Spirits Competition.

Sweet, floral notes on the nose with subtle malted barley. The palate is smooth and sweet with hints of citrus fruits and bananas. The finish is lingering and smooth.