Learn more
Size750mL Proof86 (43% ABV) *Please note that the ABV of this bottle may vary
This award-winning rum is aged for fifteen years in ex-Jack Daniel’s barrels.
Notify me when this product is back in stock. 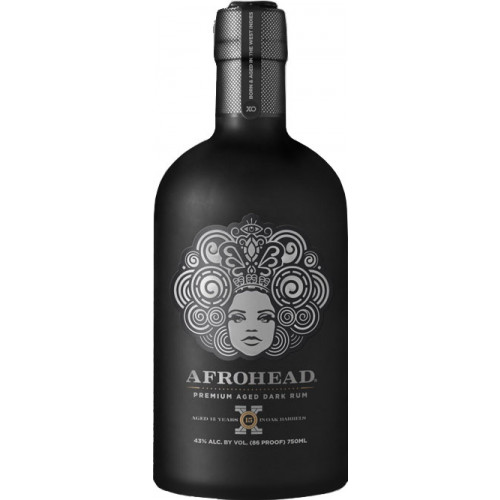 Afrohead Rum pays homage to the original 17th century rum makers in the West Indies, whose island rum was known to be aged and dark. Made from sugar cane molasses sourced from the Dominican Republic, Afrohead XO 15 Year Premium Aged Dark Rum is fermented using a proprietary Trinidadian yeast strain before being distilled up to five times. After distillation, the rum is aged for fifteen years in once-used oak barrels that previously housed Jack Daniel’s Tennessee Whiskey before it’s bottled by hand in Barbados.

As a result, Afrohead XO has a golden amber appearance with aromas of leather, tobacco and tropical fruits. The palate is complex and savory, with notes of black pepper and allspice leading to an exceptionally long, smooth finish.

Back in 2008, as a proprietor of the The Landing Guest House and Restaurant in Harbor Island, Joe Farrell began hand-bottling his own rum and serving it exclusively to his guests. The history of the Afrohead Rum's name and image pays tribute to the brand's Bahamian origins. The first bottle was simply labeled with a stylized image of a Bahamian woman in honor of Toby’s children’s grandmother, who was crowned Miss Bahamas 1963 and co-owned the restaurant where the rum was originally sold.

As visitors from around the world traveled to Farrell’s establishment, they began asking simply for the "Afrohead" bottle, and thus Afrohead Rum was born. Today, the rum's new icon continues to pay tribute to these origins through symbolisms, such as the crown and the Junkanoo headdress.
Explore all Afrohead bottles >>

Golden amber appearance with aromas of leather, tobacco and tropical fruits. The palate is complex and savory, with notes of black pepper and allspice leading to an exceptionally long, smooth finish.