Size750mL Proof80 (40% ABV)
Aged for a minimum of 16 years in a combination of ex-bourbon and ex-sherry casks, this whisky earned a Gold Medal from the World Whiskies Awards in 2017.
Notify me when this product is back in stock. 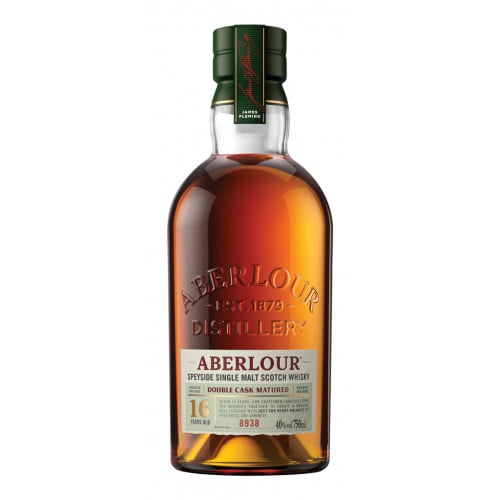 Aberlour 16 Year Old Single Malt Scotch Whisky has a rich aroma of raisins, prunes and figs. The aroma gives way to notes of toasted almonds, red fruits (particularly plums) and baking spices on the palate. The finish is warm and spicy, with touches of honeyed oak, ginger and citrus lingering.

Aberlour 16 Year Old earned the Double Gold Medal at the San Francisco World Spirits Competition and a Gold Medal from the World Whiskies Awards in 2017.

Rich aroma of raisins, prunes and figs. Toasted almonds, red fruits (particularly plums) and baking spices on the palate. Finish is warm and spicy, with touches of honeyed oak, ginger and citrus lingering.