Learn more
Size750mL Proof110.4 (55.2 % ABV) *Please note that the ABV of this bottle may vary
Distilled in 2002 and bottled in 2016 this vintage Arran single malt is finished in Ex-Sherry Hogshead casks.
Notify me when this product is back in stock. 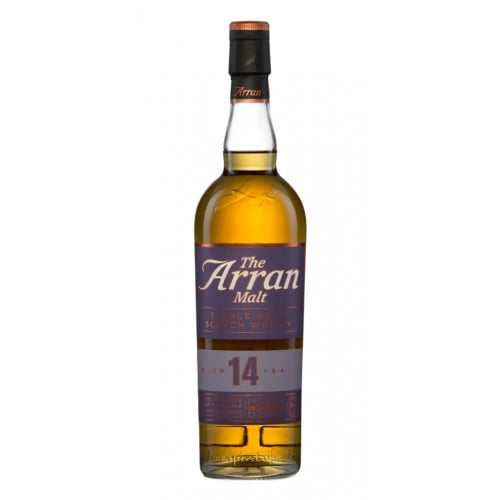 Their whisky is made from unpeated Scottish barley, which is malted and then fermented using a proprietary strain of yeast. Once the barley has been fermented, the wash is distilled twice — first through Arran’s copper-pot wash still and then again through Arran’s copper-pot spirit still. The stills were custom designed, says MacTaggart, and “shaped to allow the lighter vapors to come up through the stills.” As a result, Arran Single Malt Scotch Whisky has an appreciably softer and more delicate flavor profile.

Distilled in 2002 and bottled in 2016 this vintage Arran single malt is aged for 14 years and finished in Ex-Sherry Hogshead casks. Expect bold and rich notes with baking spices and savory cardamom.

Orchard fruits on the nose, followed by leather and tobacco leaf. The palate is lovely with sherry almonds, baking spice and dried fruit. The finish is decadent with dark chocolate.