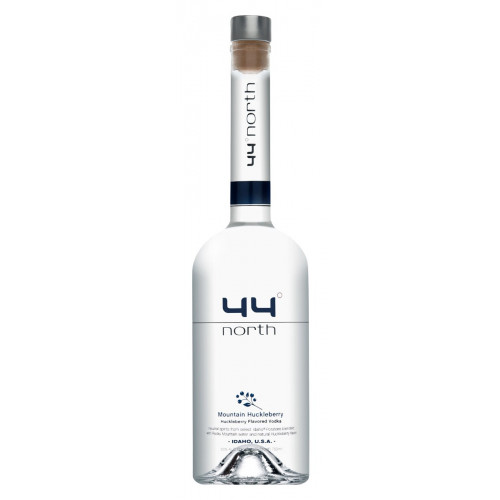 Distilled exclusively from Idaho Russet Burbank potatoes, 44° North Mountain Huckleberry Vodka is the first vodkas ever approved to wear the Idaho Potato Commission's official seal of approval. Once the locally-sourced potatoes are brought to the distillery, Scott mashes and ferments them before distilling the wash through his five-column, multi-plate copper still. The potatoes, which contain unusually high levels of antioxidants and sugars, give the vodka its smooth, silky texture.

In order to produce 44° North Mountain Huckleberry Vodka, Scott steeps the vodka he distills in natural mountain huckleberries for ten days (huckleberries are Idaho's official state fruit). The huckleberries impart a slightly candied aroma to the vodka, and contribute a blueberry-like, tart sourness to the finish. 44° North Mountain Huckleberry Vodka earned a score of 90-95 points from Wine Enthusiast and was named "a perfect sipping vodka when chilled"by The Luxist.

44° North Mountain Huckleberry has been steeped in cherries and huckleberries, respectively, each vodka is brought to proof with water from the Snake River and then bottled by hand. 44° North Vodka is not only made in Idaho, but also represents the very best of what Idaho agriculture has to offer.

Soft, sweet aroma. Notes of huckleberries along with hints of strawberries and vanilla lead to sweet, slightly tart finish.