Size750mL Proof80 (40% ABV)
Silver Tree is the highest rated vodka distilled and bottled in the United States, according to the Beverage Tasting Institute.
Notify me when this product is back in stock. 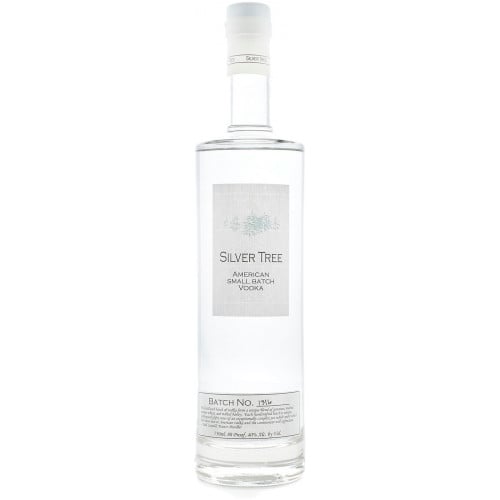 In an industrial complex on the outskirts of Denver, Todd Leopold rubs the belly of a hand-hammered copper still. In it, he's distilling a batch of Silver Tree American Small Batch Vodka for the seventh time.  Made from potatoes, malted barley and summer wheat, Silver Tree has subtle, rounded notes and a silky-smooth finish.

Todd isn't a novice to distilling.  He started distilling after receiving his diploma in Malting and Brewing from the Siebel Institute of Technology in Chicago and training at the Doemens School in Munich.  In 2008, Todd and his brother Scott moved back into their parents' home in Littleton, Colorado and opened up Leopold Bros. Distillery.

Together, they try to marry chemistry with poetry — and it's working.  Silver Tree Vodka earned the Gold Medal in the 2009 San Francisco World Spirits Competition and is the highest rated vodka distilled and bottled in the United States, according to the Beverage Tasting Institute.

While Scott, who has degrees from Northwestern and Stanford, handles the business end of things, Todd is and remains the mad distiller.  Rather than operating a continuous still, the Leopold Bros. craft their vodka in small batches, giving each batch a unique flavor profile.  Todd also works with local farmers to source products and even goes so far as to fill and number the bottles by hand.  "Boy, I had some hand problems at the end of last year,"he says, "but it lets people understand that this really is a craft.  It's something that hasn't come off an assembly line; it's very much small batch.  It's something special."

Medium-bodied and has a hint of spice. Smooth and silky, it has hints of vanilla, black pepper and potato.