Caskers Rewards members earn up to 4 store points back when buying this bottle.
Size750mL Proof127 (63% ABV)
ABV may vary.
Notify me when this product is back in stock. 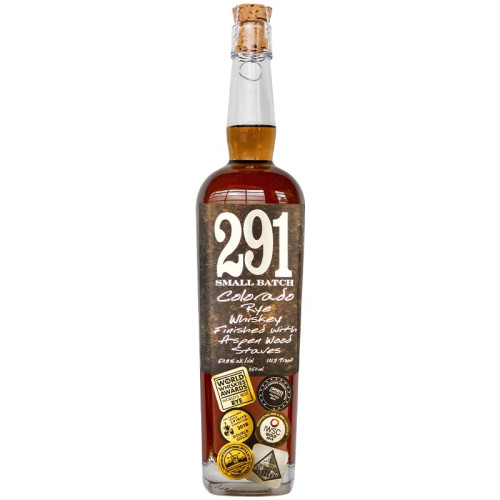 Produced in United States by 291 Colorado Whiskey and bottled at 127 (63% ABV) proof, this well-rounded Rye is meant to be enjoyed by Spirits enthusiasts and novices alike.

291 Colorado Single Barrel Rye Whiskey doesn't have any reviews yet. Let's change that. Head out to the Review tab to leave your feedback.

Grab your bottle of this delicious Rye today!

Myers' previous life as a photographer permeates the distilling process to this day as the original still was fashioned from old copper photogravure plates he once used. Each drop today passes through it, since it is currently being used as a doubler. The whiskey that's made from scratch has a peculiar stage in the mashing process where finished beer is reserved and added to the next batch. They dubbed this technique unique to Distillery 291 the El Paso County Process. They age their whiskey in heavy charred white oak barrels and finish it with their neighbor's toasted aspen staves, added to each barrel. Then the whiskey is cut with clear Rocky Mountain water before being bottled, corked and labeled by hand.
Explore all 291 Colorado Whiskey bottles >>

On the nose, 291 Colorado Single Barrel Rye Whiskey really impresses with notes of apricot, chocolate, and cinnamon. The palate is inviting and offers flavors of dried fruit, pepper, spearmint, and spices, culminating in a bold finish with dark chocolate notes.