Learn more
Size750mL Proof91.2 Proof (45.6% ABV) *Please note that the ABV of this bottle may vary
This bourbon earned a score of 95 points, tying Pappy Van Winkle's 23 Year Old Bourbon, at the Ultimate Spirits Challenge in 2012.
Notify me when this product is back in stock. 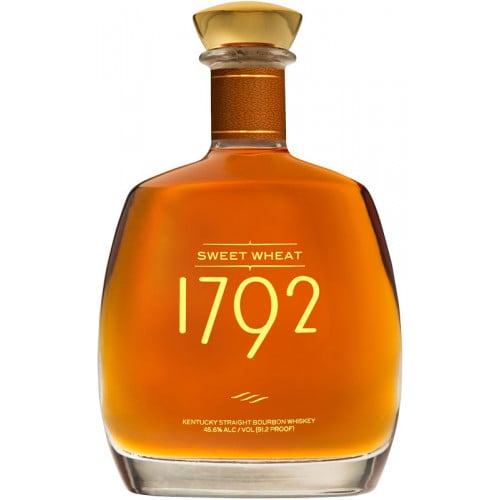 1792 Small Batch Kentucky Straight Bourbon Whiskey, which was named after the year that Kentucky achieved statehood in the United States, earned the Double Gold Medal at the San Francisco Wine and Spirits Competition in 2011 and earned a score of 95 points — the same as Pappy Van Winkle's 23 Year Old Bourbon — at the Ultimate Spirits Challenge in 2012.

"Hope you enjoy the taste as much as I do," says Pierce. Enjoy a great bourbon today!

Bold aroma of spices and rye. Initial notes of poached apples, pears and custard are balanced by notes of rye and lead to hints of coffee, butterscotch and mellow figs. Lingering, smooth finish that slightly warms.