Learn more
Size750mL Proof83 (41.5% ABV)
Crafted from estate-grown sugarcane, this newly-released cachaça is organic and gluten-free.
Notify me when this product is back in stock. 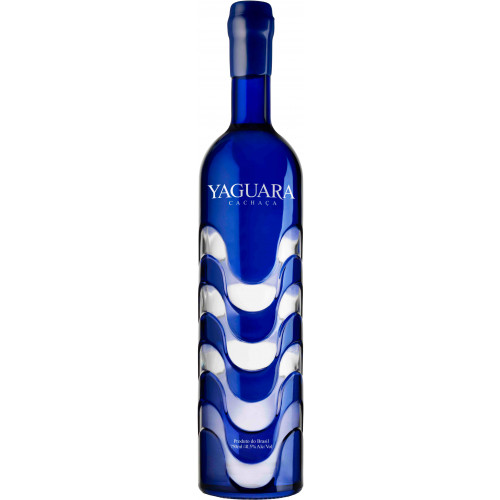 During the 17th century, the Madeira archipelago (situated just 200 miles north of the Canary Islands off the coast of Africa) was the major exporter of sugar and sugar cane to much of Portugal and the remainder of Western Europe. As Algerian pirates began raiding European cargo ships in the 18th century, and Napoleon began plunged Europe into a series of wars, the waters off the coast of the Madeira archipelago became too dangerous, and the production of sugar cane, as well as cachaça — a spirit distilled from sugar cane — shifted to Brazil. Since then, cachaça has become the most popular spirit in Brazil and the third most-popular spirit in the world.

Yaguara Cachaça is crafted by a fifth-generation family of cachaça producers, situated in the heart of Brazil. After the stalks of organic sugarcane grow as high twelve feet on the family's estate, expert farmers tenderly harvest the crops by hand using a machete. Then, the sugarcane is pressed and the resulting pulp slowly fermented using a family yeast recipe that has been passed down for nearly two hundred years. Following distillation, the cachaça is distilled through a 750-liter copper alembic still before being expertly blended together by Master Blender Erwin Weimann, who has over four decades of experience in the cachaça industry.

As a result of his expertise, Yaguara Cachaça has a golden green hue, along with an aroma of overripe bananas, papayas and dried apricots. The aroma gives way to notes of chamomile, lentils, limes and lemongrass on the palate, and yields to a finish accented by touches of ginger and crushed red pepper.

Yaguara Cachaça is gluten-free and was just released in the United States.

Golden green hue, along with an aroma of overripe bananas, papayas and dried apricots. Notes of chamomile, lentils, limes and lemongrass on the palate. Finish accented by touches of ginger and crushed red pepper.