Size2130mL Proof10 (5% ABV)
Natural watermelon juice concentrate makes this hard seltzer a juicy fruit bomb with the watermelon flavor nicely balanced with citrus. With only 100 calories per 12 oz can, it's a light and refreshing summer drink.
Notify me when this product is back in stock. 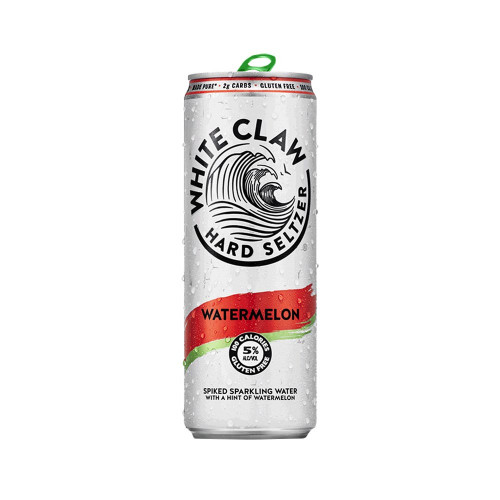 Each 12 oz can of White Claw Hard Seltzer contains 100 calories and is gluten-free. White Claw Watermelon is of their most flavorful products. It's made with purified carbonated water, alcohol, natural flavors, cane sugar, citric acid, natural watermelon juice concentrate, and sodium citrate. Its intense watermelon aroma and taste are balanced with citrusy notes, making for a juicy and refreshing summer drink.

Grab a 6-pack of this flavorful watermelon hard seltzer today!

Juicy and fruity, the aroma is reminiscent of watermelon candy. The flavor is gently sweet and tart with fresh watermelon and a pleasant tartness for balance. The refreshing finish has intense watermelon and citrus notes.