Size1420mL Proof14 (7% ABV)
Malibu Piña Colada is a refreshingly sweet ready-to-sip drink from Malibu's new line of canned cocktails. It is made with natural flavors and Malibu’s classic Caribbean rum distilled at the West Indies Distillery in Barbados. 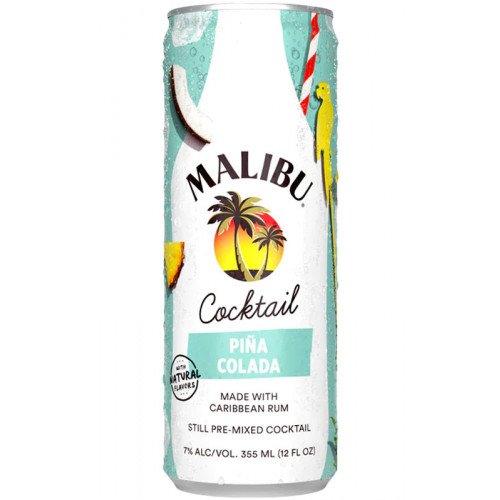 Malibu Piña Colada is a refreshingly sweet ready-to-sip drink from Malibu's new line of canned cocktails. It is made with natural flavors and Malibu’s classic Caribbean rum, and comes in sleek 12-oz cans.

Get your 4-pack of summer today!

Freshly cut pineapples are balanced with creamy coconut notes on the nose and palate, followed by a soft and creamy finish with lingering coconut.