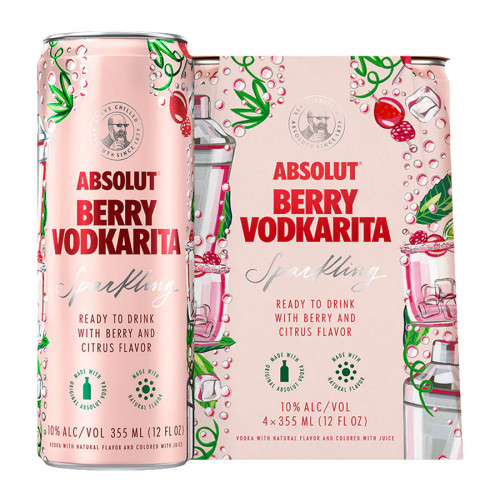 Produced in Sweden by Absolut Vodka and bottled at 20 (10% ABV) proof, this well-rounded Cocktails is meant to be enjoyed by Spirits enthusiasts and novices alike.

Absolut Berry Vodkarita Sparkling Cocktail 4-Pack doesn't have any reviews yet. Let's change that. Head out to the Review tab to leave your feedback.

Grab your bottle of this delicious Cocktails today!

Absolut Berry Vodkarita Sparkling Cocktail really impresses with aromas and flavors of berries and citrus fruit, culminating in a refreshing finish with notes of fruity sweetness.