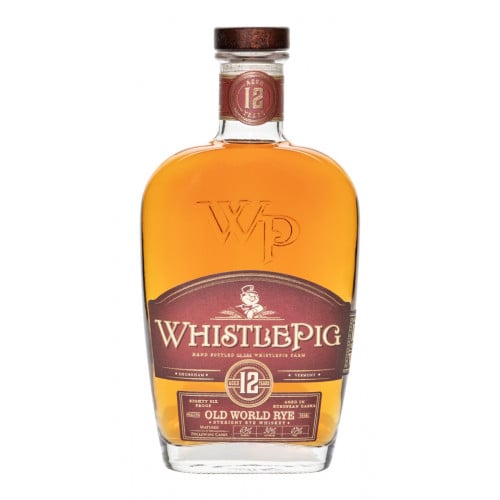 WhistlePig The Old World Series: Straight Rye Whiskey Marriage is the culmination of Pickerell’s year-long experiment to pay homage to the fine Scotch and winemakers of the Old World by using various types of European casks to finish his rye. This new release marries together three unique finishes — Madeira (63%), Sauternes (30%) and Port (7%) to create an astounding rye whiskey that is greater than the sum of its parts.

Straight Rye Whiskey Marriage begins as a 12 year old, 95% rye whiskey distilled at MGP Distillery in Lawrenceburg Indiana. Once it reaches its new home at the WhistlePig Distillery in Vermont, Pickerell finishes the whiskey for three-to-six weeks in barrels that previously contained Madeira, Sauternes and Port.

Once the rye has matured in its respective cask, the barrels are married together, giving the whiskey a breathtaking aroma filled with marzipan, ripe berries and salted caramel. The palate expands with flavors of dark chocolate, taffy, fruitcake and sugar cereal before leading to a long, dry finish which lingers on the tongue.

Pick up a bottle today before it’s all gone!

Breathtaking aroma filled with marzipan, ripe berries and salted caramel. The palate expands with flavors of dark chocolate, taffy, fruitcake and sugar cereal before leading to a long, dry finish which lingers on the tongue.