Size750mL Proof80 (40% ABV)
Crafted with Irish barley and natural spring water, this single malt whiskey is triple-distilled and matured in first-fill, flame-charred bourbon barrels for 8 years. It's bottled without chill filtration at 80 proof. 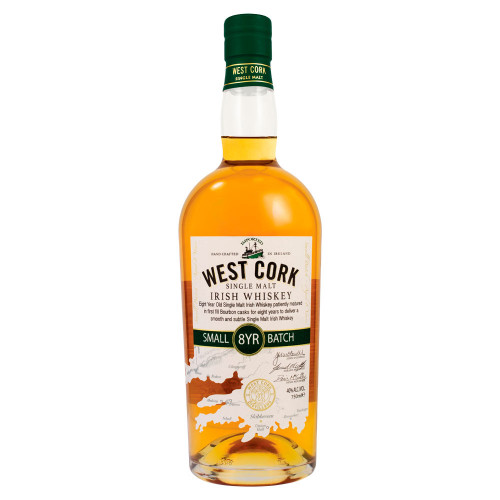 Get your bottle of this 8-year-old whiskey today!

The nose opens with sweet and floral aromas, along with green apple. There's more apple on the slightly earthy palate with malt, honey, cracked nuts, and mild baking spice. The spice and nuttiness linger on the finish.