This product is available in: CA, NH, NJ Unfortunately, we can't ship to PO Boxes and APO addresses.

Size750mL Proof80 (40% ABV)
Cheekily named after pro-Prohibition Congressman Andrew Volstead, this corn-based vodka is filtered through charred coocnut husks.
Notify me when this product is back in stock.

This product is available in: CA, NH, NJ Unfortunately, we can't ship to PO Boxes and APO addresses. 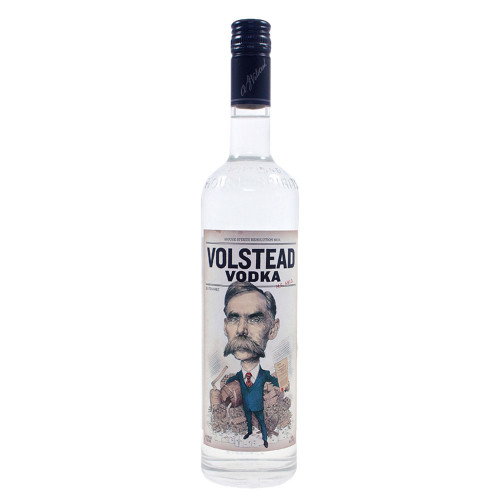 Born in the Northwest, Westward Whiskey was founded in 2004 by former brewer and winemaker Christian Krogstad who graduated from the Siebel Institute of Technology, the oldest brewing academy in America. Beginning with a vision to bring American Single Malt, inspired by the distinctive culture, climate, and natural ingredients that come together in the Northwest, to the people, Westward Whiskey was at the time one of the three dozen craft distilleries in the U.S. Today, Westward Whiskey is lead by Christian and Thomas Mooney who joined the team in 2011. The distillery is a proud leader among more than 2,200 producers, producing five signature spirits, including Aquavit, Casa Magdalena Rum, Westward Whiskey, a coffee liqueur and Volstead Vodka.

Volstead Vodka is cheekily named after Congressman Andrew Volstead from Minnesota – the one who sponsored the National Prohibition Act of 1919. Sometimes even called the Volstead Act, it started the period of prohibition. A gluten free, corn-based vodka, Volstead Vodka undergoes a special step in the production process – the grain spirit is filtered through charred coconut husks for 96 hours after distillation. Cut to proof 80 proof with pure Cascade mountain water, the result is an abundance of smoky and tropical flavors with a touch of spice to balance the sweetness.

Pick up your vodka today!

The nose is clean with a light coconut aroma and floral notes. The palate is rich with a distinct exotic touch of smoke. The finish is light and long.